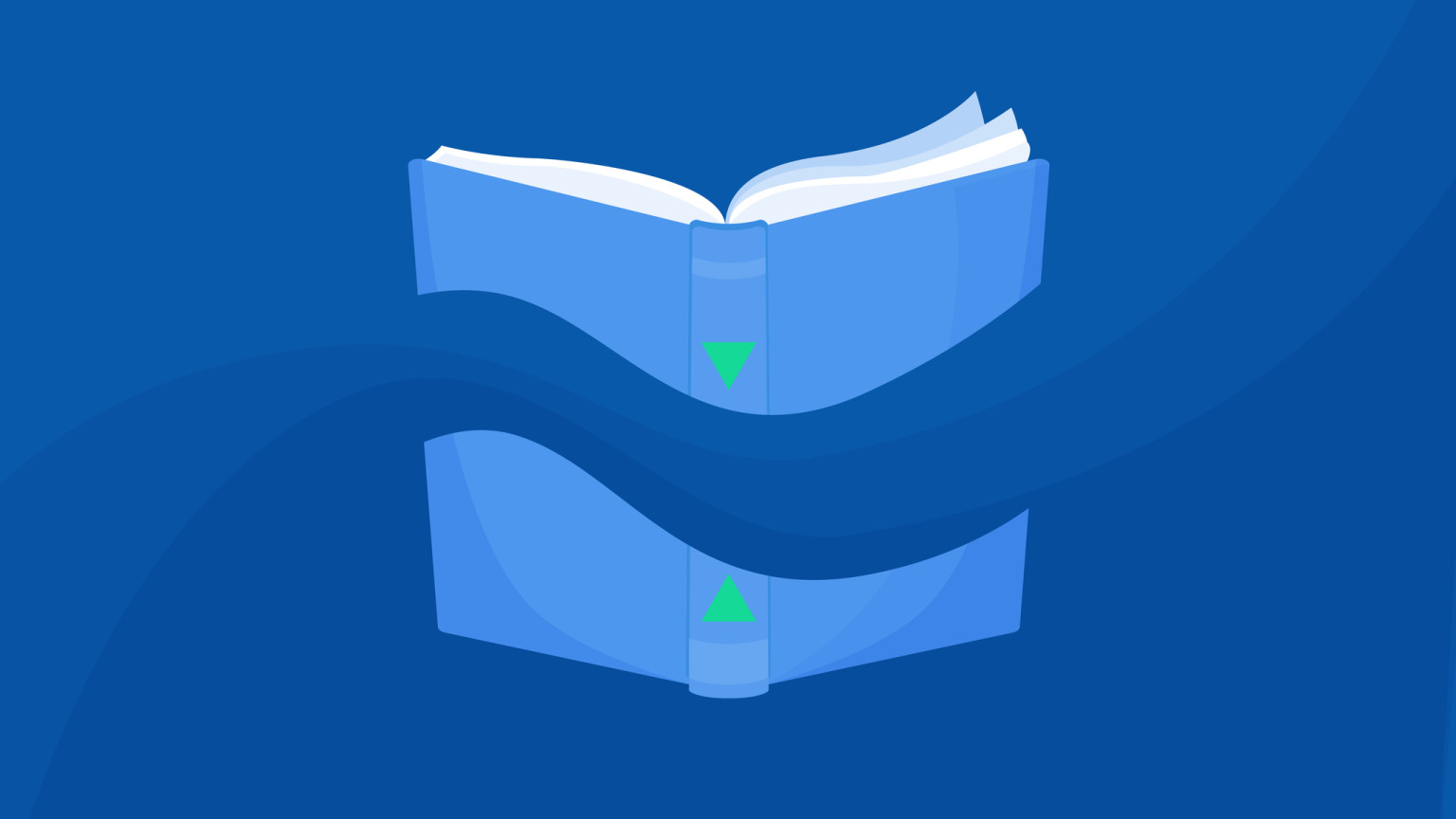 Every entrepreneur wants to get their company up and running as quickly as possible. For Zach Silverzweig, the urgency was even greater: His startup, TinyIvy, is determined to close the achievement gap and set kids from low-income families on a path to success. Contentful helped Zach launch his new reading method, attract some early customers and build a foundation for future growth.

Recently though, we had the chance to hear how an entrepreneur is using Contentful to launch his early-stage startup. I left my conversation with Zach Silverzweig, the founder and CEO of TinyIvy, inspired. His company has such an important mission: closing the literacy achievement gap by helping kids from low-income families quickly learn to read at grade level and beyond. 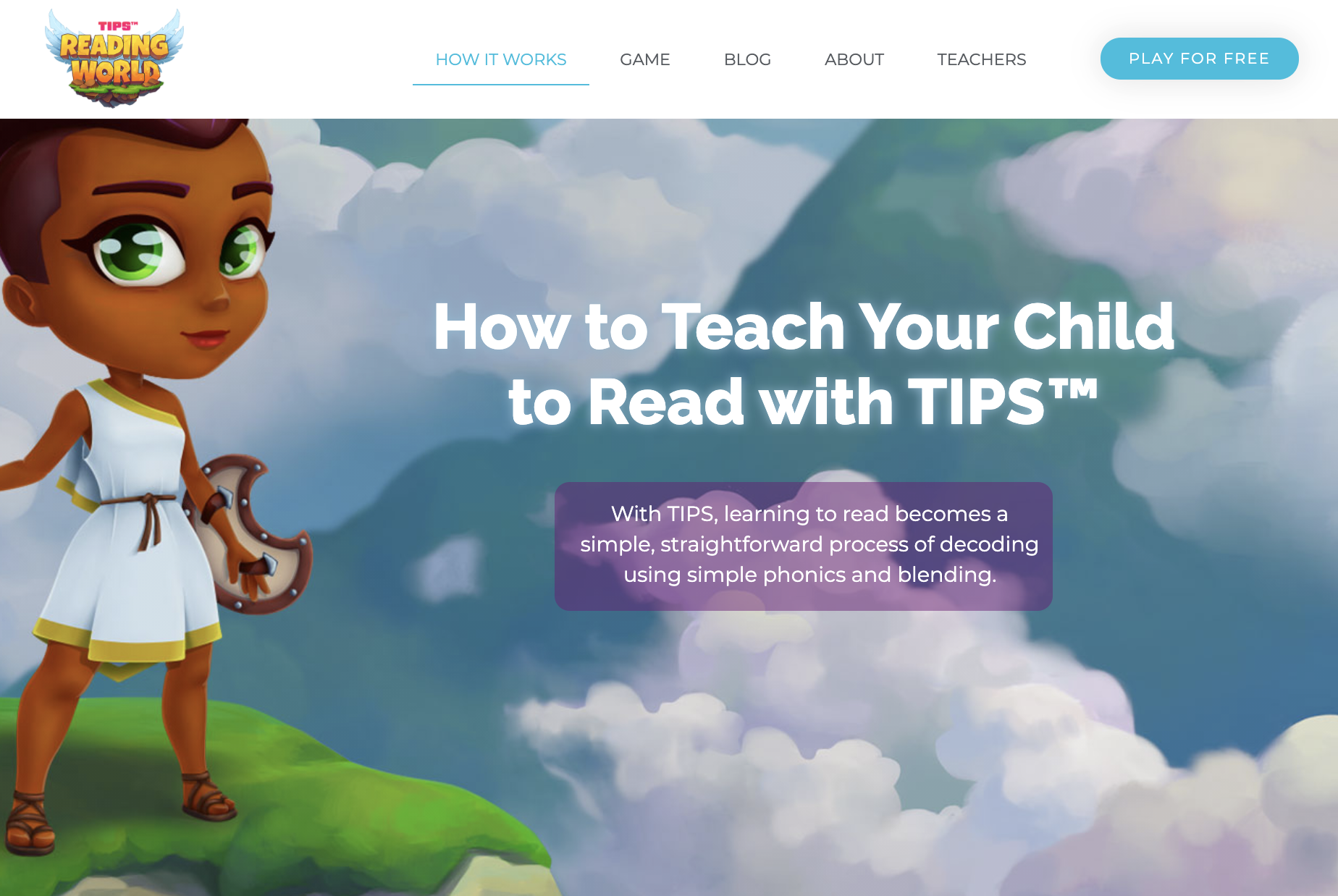 TinyIvy’s approach is based on research about how children learn to read in other languages and countries. For example, in languages that use writing systems different from the Roman alphabet (such as Hebrew, Arabic, Chinese or Japanese), children begin learning to read with the aid of diacritic marks or simplified scripts. These effectively eliminate most exceptions to rules — such as the irregular spellings and other inconsistencies that plague the English language. 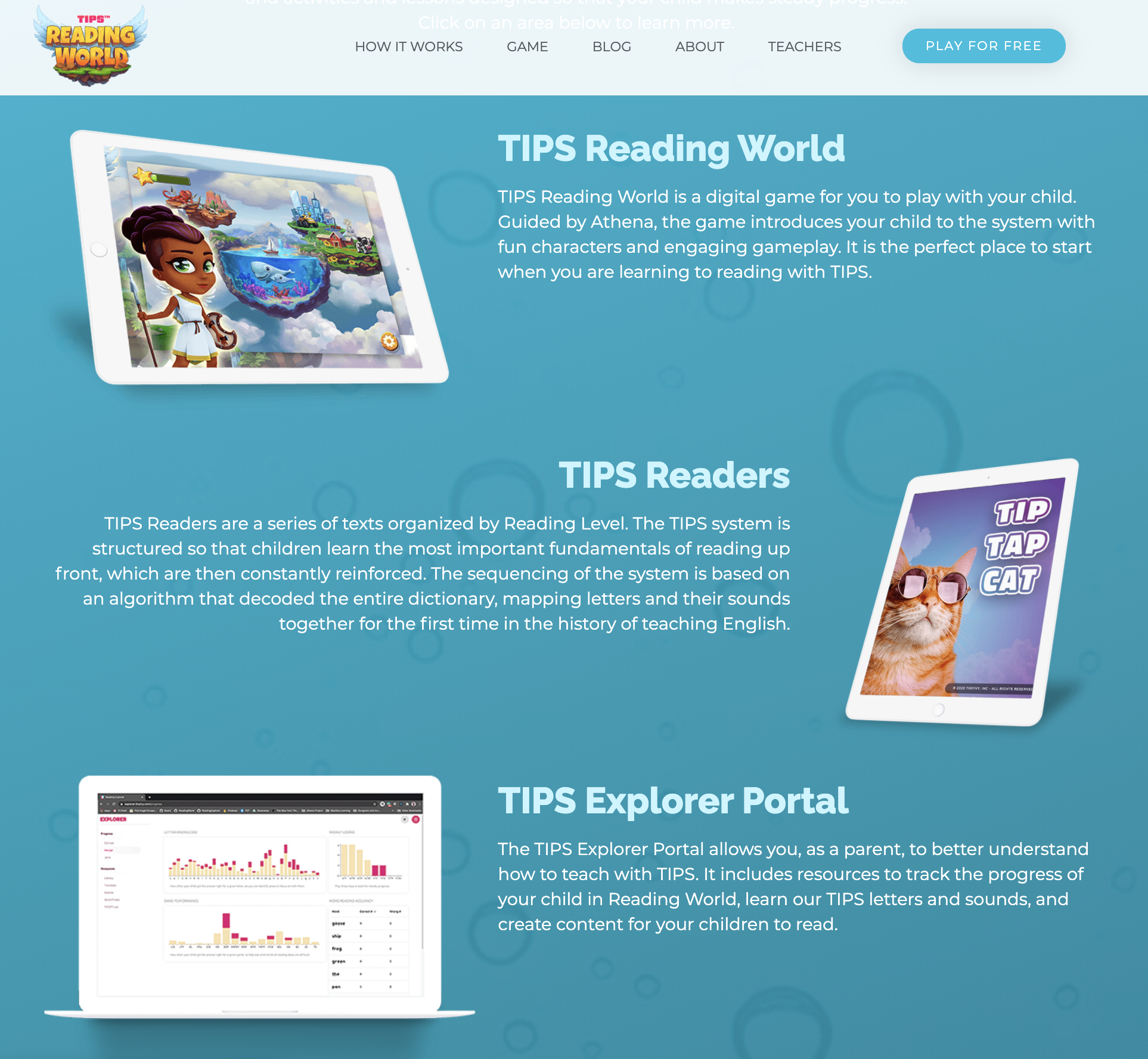 TinyIvy is creating a portfolio of books, flashcards, worksheets, a game and other resources into a digital package that parents can use to teach their children to read. The product is also intended for classroom use and has been tested by teachers. But since the arrival of Covid-19, many kids are learning at home. Zach wants to help parents and grandparents who are now filling the role of teacher to their children.

Speed to production with Contentful

His discovery of Contentful was the turning point, providing everything Zach needed to build a digital content platform — and build it fast.  “We were able to create the Contentful feature set in just one day,” he says. “That was really awesome.” Without Contentful, Zach says, it would have taken him at least two weeks to get to that point.

Speed is critical to entrepreneurs like Zach, who’s currently raising his first round of funding. To persuade investors, an entrepreneur needs to show a minimum viable product and delivery platform that can scale. With Contentful, Zach was able to rapidly build an MVP and move on to his myriad other responsibilities as the leader of a still-tiny startup.

Robust, flexible and easy to use

Contentful’s easy-to-use APIs, useful integrations and clear, complete documentation won Zach over immediately. “Contentful’s APIs are beautiful,” Zach says. “It’s really well documented, and powerful, too. It does everything you need in a really clean way.”

“Contentful’s starter content was great. As soon as I saw what a content model was and the elements of content you can upload, I thought, ‘Damn, that's perfect.’"

Zach describes himself as “a bad engineer,” so finding APIs and modules that helped him build quickly felt like a gift. “It was like I kept opening presents, and presents within presents.” 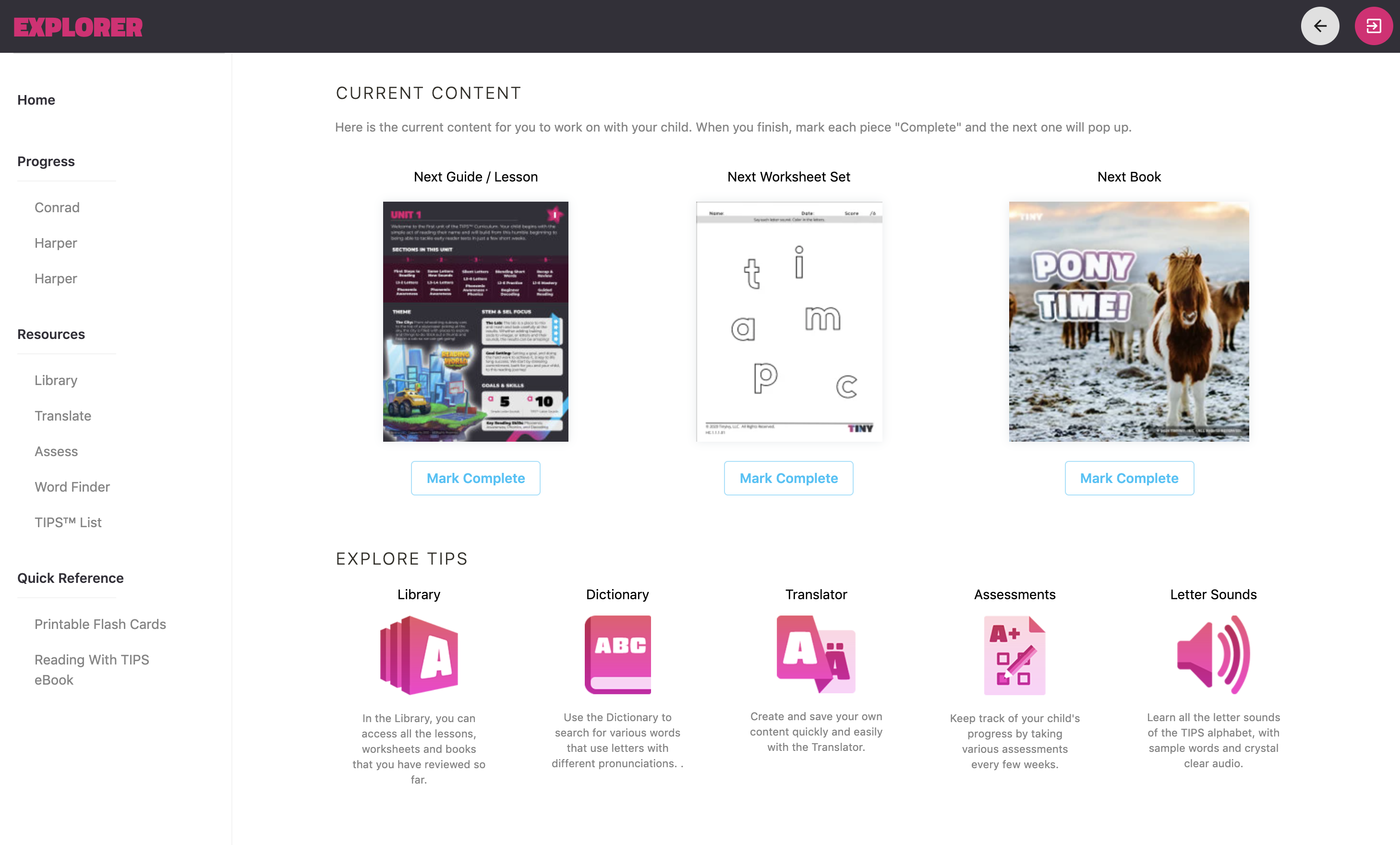 Contentful integrated easily with TinyIvy’s backend data and engine, created in Firebase. This proved so useful that Zach could minimize TinyIvy’s Ruby on Rails code, simplifying the development stack. Zach also likes Contentful’s Image module and the simple integrations with React. These make it faster and easier to manage and retrieve the assets making up TinyIvy’s curriculum.

Once a child has finished a lesson, Zach wants customers to be automatically directed to the next new lesson in a predetermined sequence. He expected to code this feature himself but, after looking at available fields in the Contentful content model, realized he could save some time. “We can just link each asset in the series to the next asset,” Zach says. “Contentful’s asset references are really fluid and strong and robust, and this has worked well for our MVP.”

Other Contentful capabilities Zach was delighted to discover include the automated translation of content into other languages. “We aren’t using that yet, but our curriculum will be translated into Chinese and Spanish so more people can get access to it,” says Zach.

With Contentful, it’s easy for TinyIvy to make changes to assets and be sure each change is  made wherever the asset exists. This consistency is important for learners as they progress through their lessons. It’s also important because Zach expects to continually refine and improve TinyIvy’s curriculum from customer feedback.

“The curriculum we have right now is not what we're going to have three months from now,” Zach says. “Contentful’s version control is an absolutely perfect fit for us.”

The version-control process has saved TinyIvy a lot of time. “It’s actually my mom who uses Contentful,” says Zach. “She’s the person who collects feedback, makes changes and publishes documents.” Zach points to his mother’s role as an indication of how easy it is to use Contentful — she’s not a developer and had no prior experience with CMSes, but was nonetheless able to start working with Contentful immediately.

Feedback from early customers, including primary-school teachers, has made Zach confident that Contentful is easy for them, too. He’s also happy with how fast Contentful transmits data. “Our customers’ experience in the platform is seamless. They believe the lessons just come from the magic internet,” Zach says. “They download them and they don’t think about, or even notice, how fast an asset is delivered.”

Contentful can take TinyIvy to the next level — and beyond

TinyIvy won’t always be a startup staffed by the CEO, his family and a couple of employees. Zach anticipates closing a funding round soon, and he’s glad he chose Contentful to scale on. With its capacity to grow to the needs of a large global enterprise, it was the perfect choice to build TinyIvy’s nascent business. Contentful will allow TinyIvy to continue iterating, learning and developing its offerings; expand to other languages and regions; and move fast in a market that is bound to become highly competitive as more schools and families seek solutions for home learning.

Contentful’s free offering has been a great way to start, Zach says. He has been impressed with the quality of the free version, and is confident that when it's time to upgrade to the paid offerings, Contentful will enable TinyIvy to grow its business smoothly to a much larger enterprise.

“TinyIvy could become a hundred-million-dollar company with Contentful as its backbone,” he says. “At that point, I’m happy to spend the dollars we need to spend to make sure we can deliver at scale across the world.”

You can try out Contentful for free and move to a subscription when you need it. 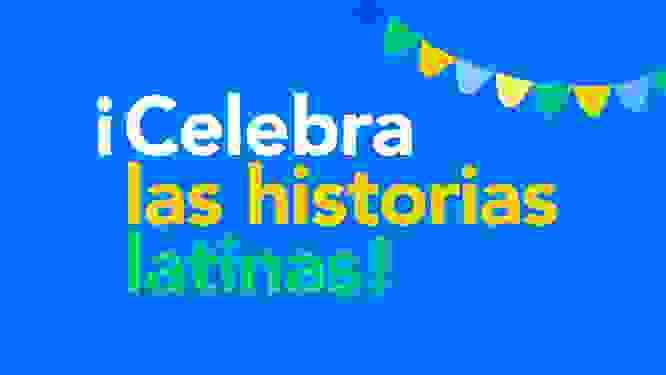