A new way to organize your teams in Contentful 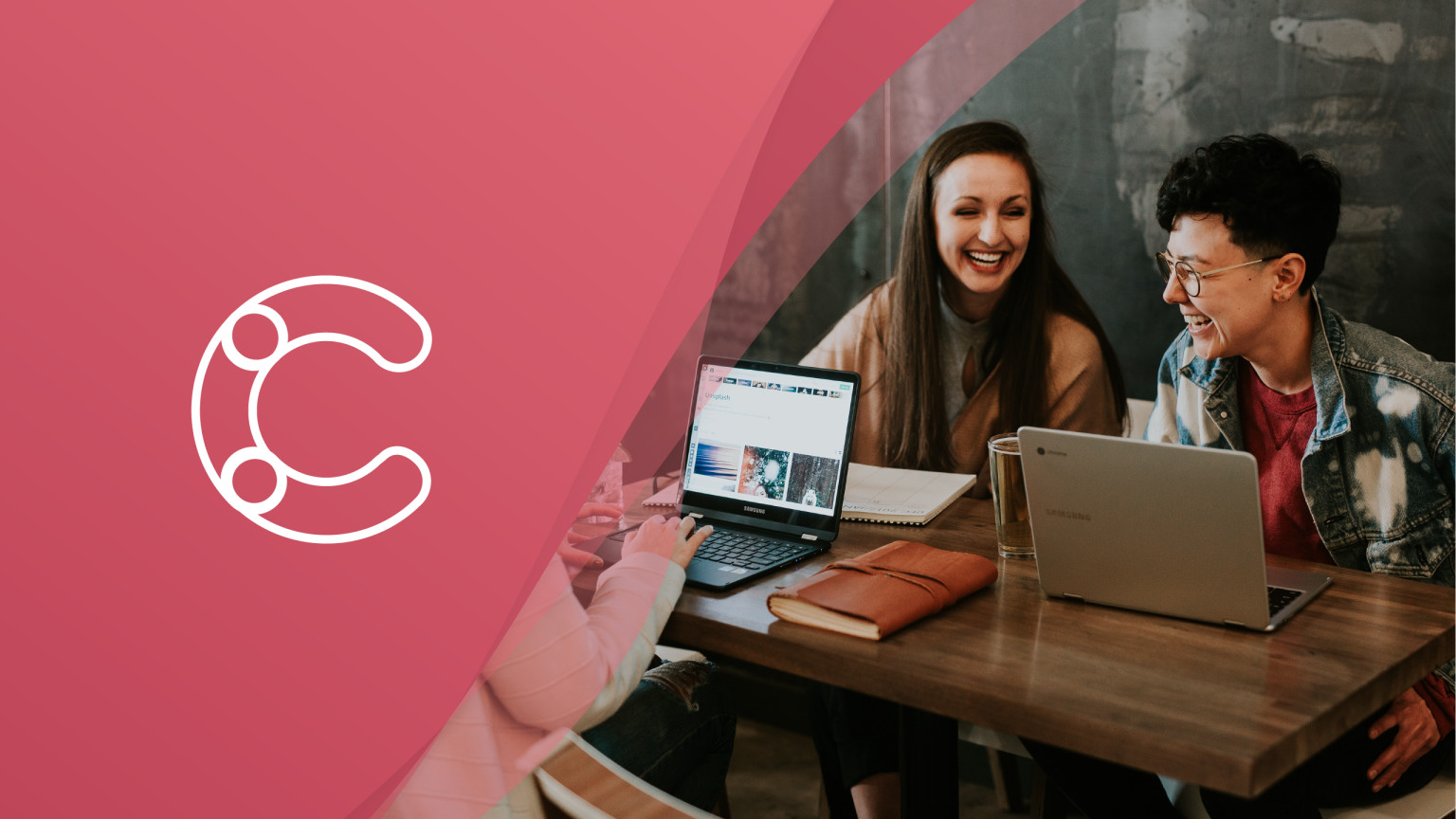 If you work in a bigger organisation, you’ve probably found yourself relegated to a team. Or, more likely, several teams. Maybe you even have teams of teams. This can be a growing headache for even the most organized, structured workplaces as teams change and evolve. As a result, managing access rights, roles and permissions becomes a tedious piece of admin work that never ends. But here’s the good news: we’ve acknowledged the struggle and created a new organisation feature that addresses some of these issues.

Just like how a team of editors sit at the same table in the same room working on a project, now teams lets you do that in the web app –– our product takes the way you work in the real world and reflects it online. We love it because it makes the complex, simple. 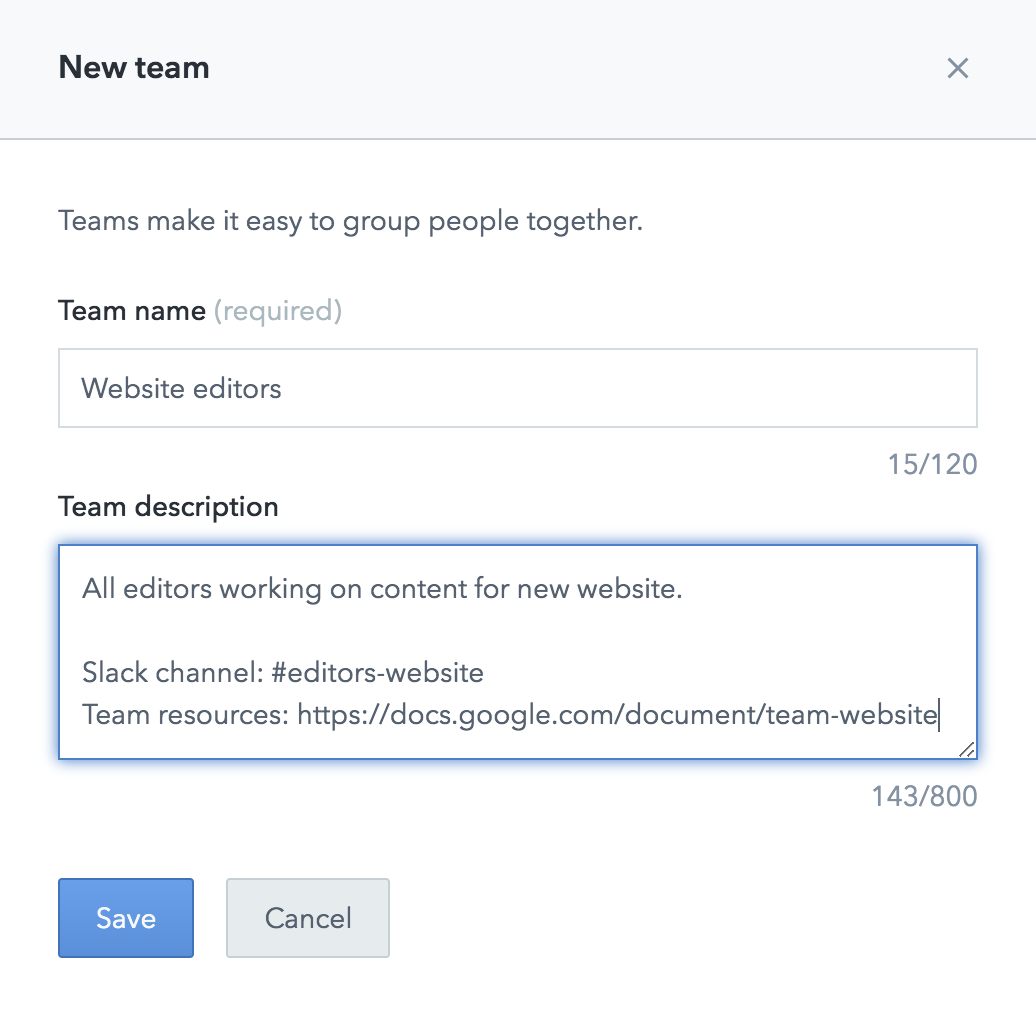 See who you are working with in Teams

You can see all the teams that you belong to, and the details of your other team members under “Teams” in your left-hand dropdown.

This might sound small –– just a way to snoop on your teammates –– but it’s actually quite a big deal. The Contentful web app has been a locked box for anyone who is not an administrator, either at space or organization level, and without the right to view other users. For those users, it has been a challenge to find out who to ask for help if they get stuck on something. This section acts as a first level of support for you; a place where you can see who is on your team, read their description and access any reference or help links that the organizer has included.

Imagine that you add a new space to your plan. You then need to make sure everyone who works within that new space has access to it, and has the ability to do their job. If you have a handful of users in your organization, it probably isn’t too difficult to add them one by one.

However, if you have 20 –– or 50, or 200, or 1000 –– users, adding each individually becomes a bit tedious and time-consuming. It’s error-prone, and you may grant too permissive a role to a user who only needs basic access, or too restrictive access for someone who needs to be able to do more. In both cases, you will have to go back and correct those users’ access settings, hopefully before any mistakes happen. But what if you were able to achieve the same end goal with just a few clicks?

Set up your teams with the right users, and when the time comes to grant them access in another space, add the space and the correct role in that space to the team. Every user within that team will inherit the role and permission that the team has been granted.

A new copy editor is starting in the marketing team and they need access to everything the marketing department touches. Previously, you would have needed to search for a user record for someone you know works in marketing, then opened a new tab and set up the new user by copying the previous user’s access details.

Wouldn’t it be easier to just have a marketing team already set up? This way you can add new users onto the team and be confident that they have access to everything they need from day one.

That’s what this new feature does.

Keep in mind that a user needs to be invited, and accept the invitation, to join your organisation before they can be added to a team.

How to organize your teams

While you’re free to use the feature as you like, here’s how we would set it up for two different types of teams. You can belong to multiple teams, whether they are cross-function or not, that need their own Contentful roles and permissions.

If you create a cross-functional team where everyone has different roles and permissions, you would not assign space roles for the team. You would handle role assignment via individual Contentful roles and permissions. For organisation administrators and owners, the benefit of using the teams feature is being able to see everyone who is working on a project. If you’re part of a cross-functional team, you have a view of your project team via the side-bar team button, letting you know who you are working with.

If you’re working in functional teams (a team of people with the same or similar jobs) you would create a team, add your participants and set a space role. To take our copy-editor example again, the team would comprise copy editors, the space would be your marketing space, and roles and permissions would be set to give everyone the same full permission to create and edit.

Can a Contentful user have multiple roles and permissions?

We have supported the ability for a user to hold multiple roles within a space. This continues to be the case with team-based access rights. There are two key things to keep in mind with multiple-role assignment:

You might want to stop using individual access rights, and instead manage all access through teams. This would allow you to reserve any individual roles and permissions to exceptional cases.

Where to go for more details?

Documentation for developers on managing users with Contentful roles and permissions within an organization, including team access and membership, is here.

The web app feature is fully supported. However, the API endpoints are still in alpha.

Great! Let us know what. You can send us your thoughts, comments, and wishes through the web app. Navigate to teams and click to send feedback. Your message will be read by the whole cross-functional product development team.

The team feature is available today on select enterprise-grade plans.

Topics
GuidesFunctionalityPlatform Strategist
About the author 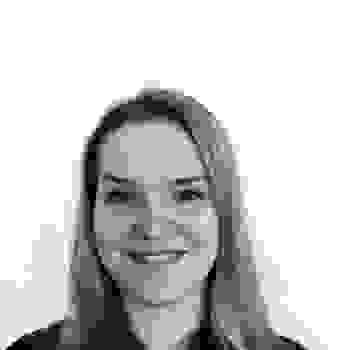