Can't get to the office? Tips to thrive while working remotely 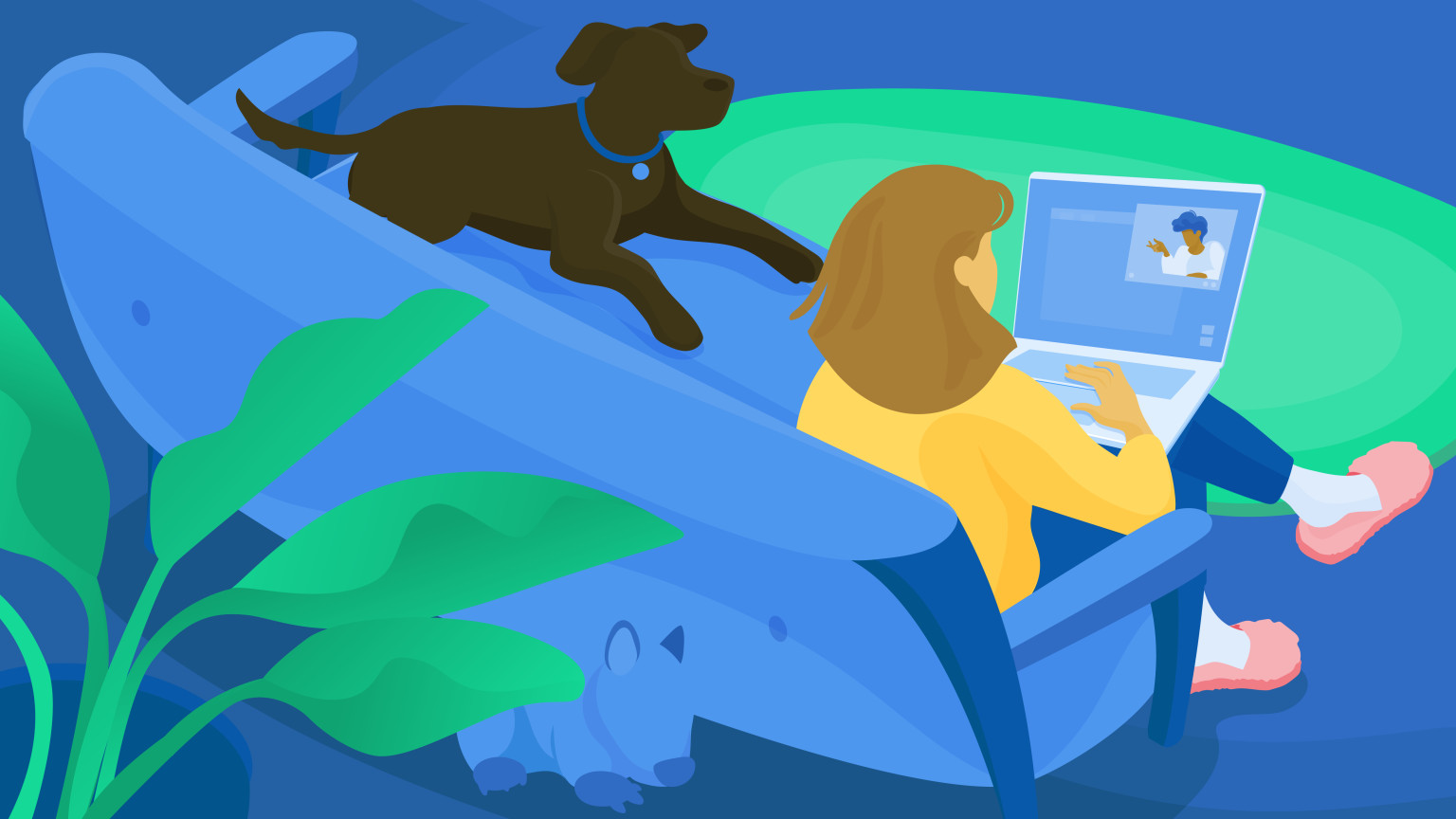 As the new coronavirus situation develops rapidly — and companies respond by directing thousands to work from home and banning work travel — our team of distributed employees shares tips for successfully working out of office.

A work-from-home mandate can be disorienting, lonely and a productivity killer. But it doesn’t have to be, says Contentful’s team of distributed employees — the term we prefer over “remote.”

We make up 13% of Contentful’s workforce, and we’re located across six time zones outside of our San Francisco and Berlin hubs. When I posed the question of how this team makes a remote setup work, our distributed team’s Slack channel lit up with dozens of responses.

Setting up your space

“It’s worth taking the effort to make your home office a place where you want to spend time, no matter how little space you have to work with,” says Leslie McCollom, marketing communications manager based in Portland, Oregon. Traditional office no-nos like a space heater, candle and cozy lap blanket (or lap cat) are welcome.

The key is to balance comfort with professionalism: on video calls, this means being thoughtful about your backdrop. Don’t choose a window (backlighting will make you look like you’re in a witness protection program), a bed (um, we’re getting too personal) or a messy space. Great choices are a wall hung with simple artwork or a thoughtfully arranged bookshelf.

“Keep your work area for work things only,” says Cat Burston, a customer support engineer based in Dunedin, New Zealand Aotearoa. “Leave it and close the door at the end of the day.” She also advises doing the same thing mentally. When most people are winding down on a commute, lost in a good book or social media, take a walk or bike ride to mentally switch back from work to personal life. 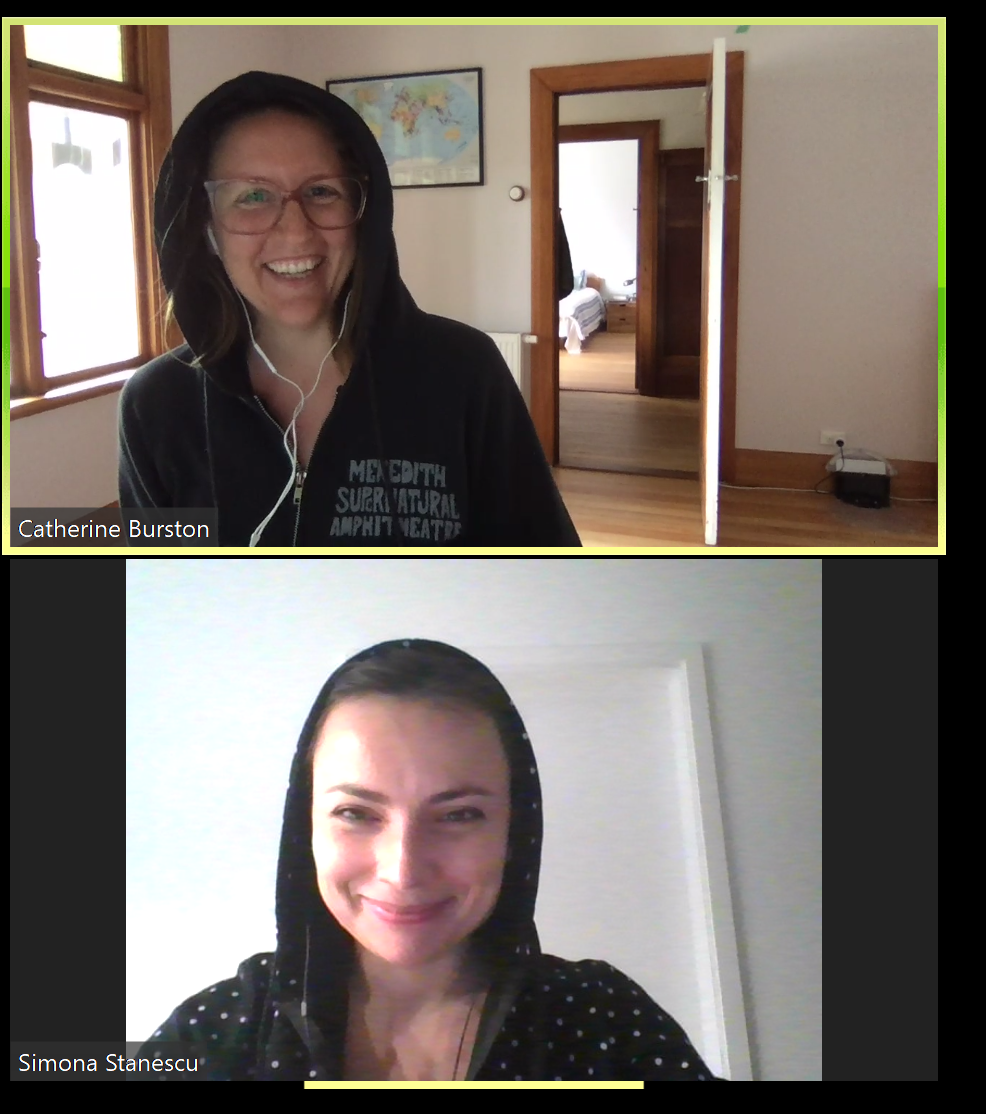 Cat Burston checks in with her manager, Simona Stanescu, director of customer support. Although they live 11,247 miles apart, they still managed to show up for their video call in the same outfit.

When was the last time you attended a conference call that was just a call? Video conferencing is where remote workers thrive. John Graham, a solution architect from Indianapolis, Indiana, strongly prefers video over phone calls because “you can reinforce you are a real human being instead of just a voice on the phone.”

Distributed employees also miss the human factor in the casual conversations that happen in an office outside of meetings. “Don’t be afraid to reach out and ask questions in Slack,” says Mike Pogois, a Long Valley, New Jersey-based enterprise customer success manager. “We don’t have the ability to walk over to an adjacent desk and ask simple questions. Something that could take 30 seconds in person could take longer, it’s part of the deal. This is also important for the folks in the office to understand, considering they don’t always feel that pain.”

“Keep your team informed about what you’ve been working on and encourage them to share as well,” Burston says. “A remote culture is based on how information flows. If it’s blocked because people aren’t sharing, then your remote team is in the dark.” She even plans regular video calls with teammates for general chit chat to keep the cultural connection with her team. 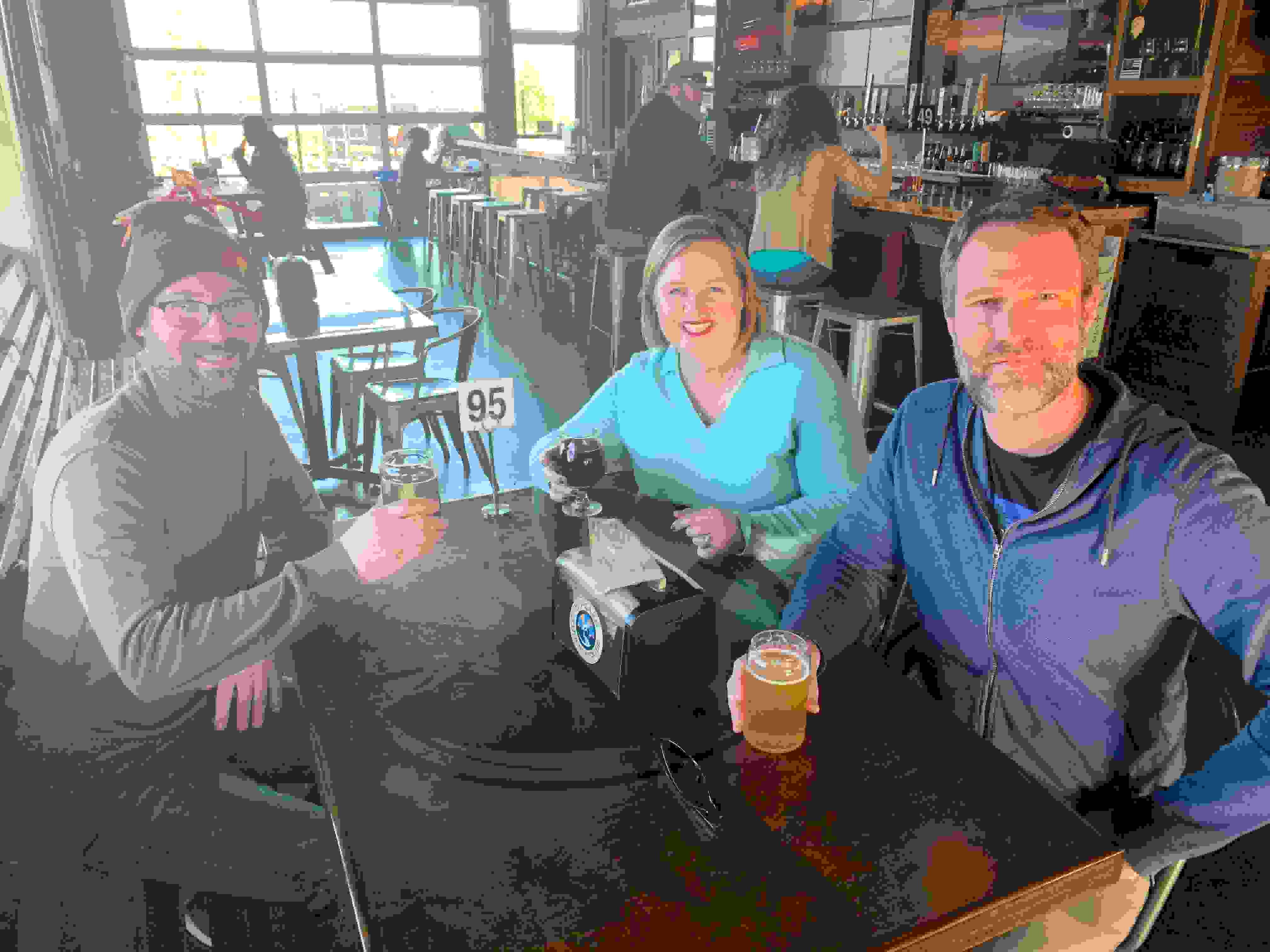 Distributed meetup: Both principal sales engineer Jonathan Phillips, left, and I live in the tiny town of Ridgefield, Washington. We met up there with global sales engineering manager, Matt Walker, based 30 minutes south of us in Portland, Oregon.

Work-life balance is important, especially when working at home

Joseph Surace, an enterprise account executive from New York City, says working from home makes it too easy to sit and work all day. “Stay active and keep your body moving by committing to a schedule,” such as time at the gym, walks or lunches away from home.

Daniel Wisotzky, a strategic account executive based in Cork, Ireland, adds, “Get dressed for work and dress down when done. It’s a clear moment when work should be over.”

“It’s important to set boundaries both personally and professionally,” Graham explains. “Even though I’m at home during work hours, I make sure my wife and kids know that I’m working and interruptions should be minimal (as would be the case if I wasn’t at home). On the other side of the coin, once I’m at the end of day, I’m done working. I step away from my desk and I’m not going to jump back in until the next day.”

I follow several channels targeted at people in our office hubs to keep up on a personal level. Adriana lost her engagement ring — but it was found! Audrey had the brilliant idea of offering a bounty to whomever could help her find a Berlin apartment.

These happened hundreds or thousands of miles away from me, but knowing, and sending messages of support, creates a great connection.

Contentful is also a friend to employees when they’re out of office. One of our customers, a leading telecom company, told us that they chose Contentful to empower editors to launch and edit content on their own. At a holiday party not long after launching, they discovered a pricing error on their website. The editor was able to immediately correct the mistake from her phone, drink in hand.

I’ve worked remotely for 12 of the last 15 years, starting in 2006 when coworkers wondered: “How and why did she get hired full time — why would a company agree to that?” and “Did she actually work all day — and who was there to ‘make sure’ her work got done?”

The sentiment against remote work has greatly decreased, supported by ever-better connectivity and productivity tools. But let’s be real: homes are still prone to chaos and interruption.

My dog, a chocolate lab, usually sleeps quietly at my feet … except, of course, in my first meeting with our CEO. Then she popped up on video to nudge my elbow for less typing, more pets.

My former boss had a home office with glass doors positioned behind her on video. She was on a conference call when her husband came home from an afternoon run. He walked in the hall behind her office and we all gasped — without the running shorts for context below the waist, all we could see was a shirtless (and possibly naked) man walking around in her house.

There’s also the visit from the Fedex driver, which some dogs hate with the fire of a thousand suns. A VP at a major bank had to pause her video presentation when her great dane unleashed his fury.

The VP apologized profusely, but the reaction from a taciturn officer of the Federal Reserve was totally unexpected. “Oh, you have a great dane? I have one too! What’s his name? Can you put him on camera?” The interruption became the best possible icebreaker.

Rusty Cole, a customer success manager in Seattle, Washington, advises distributed workers to set up redundant systems so if one thing fails, you’ll have backup and still be able to attend meetings. For example, have both wired and wireless internet connections, and a mobile plan that can function as a hotspot in an outage. Also, be ready to dial in with a traditional phone line if your video conference has audio lag time. People will tolerate bad video, but not bad audio.

Our light-hearted take on strategies for successful remote work can’t fail to acknowledge the very serious concerns worldwide that affect our colleagues, customers, partners and communities.

We’re changing plans, taking precautions and restricting travel — even testing remote work for everyone to ensure our business runs smoothly to support our customers, no matter what. With our best advice goes our best wishes to you and yours: stay safe, be well and wash your hands. 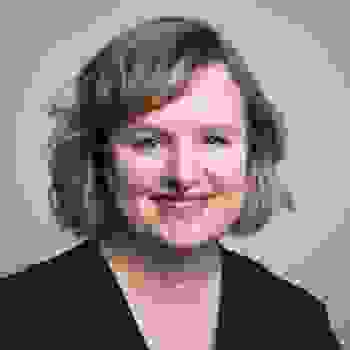