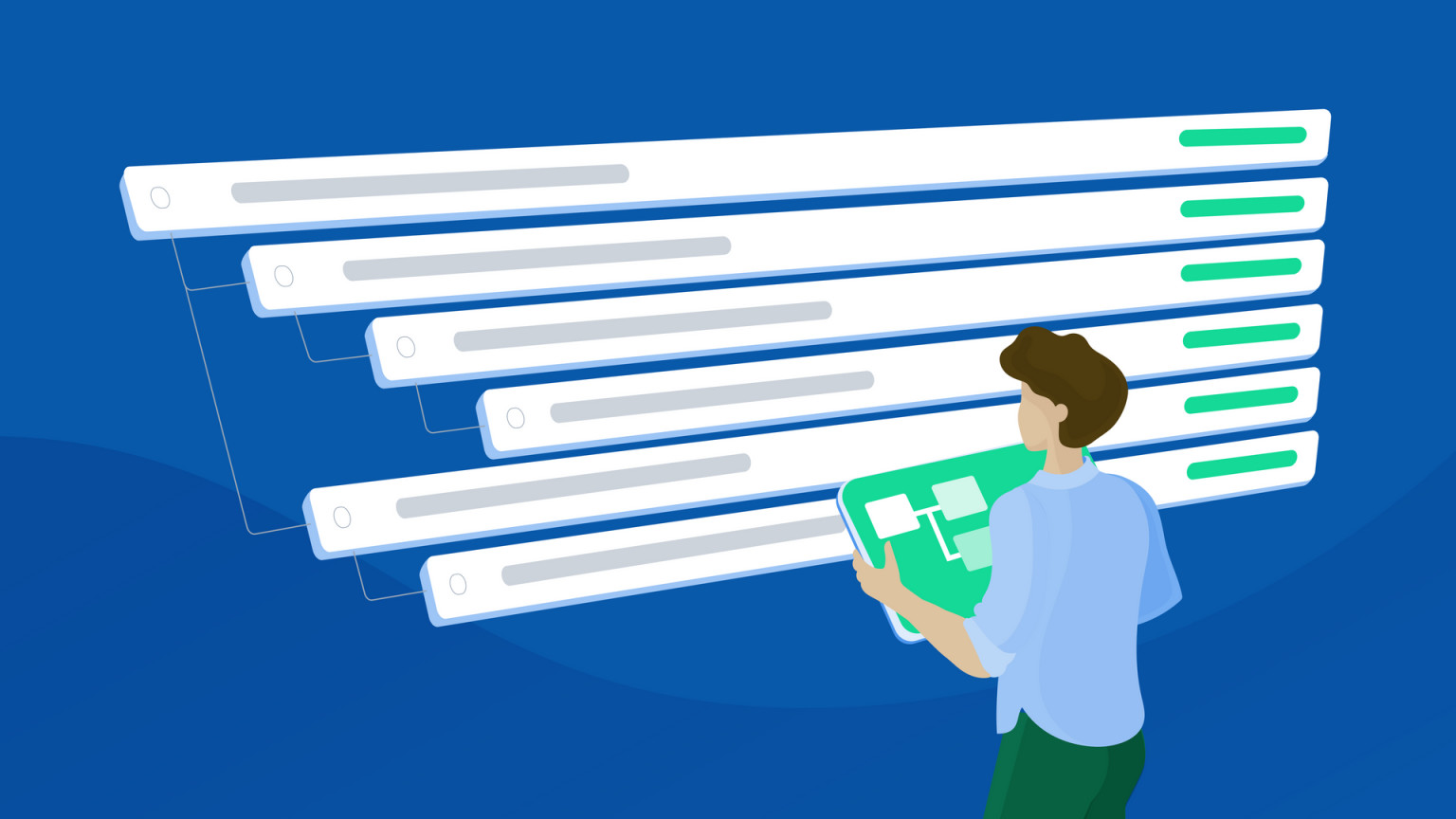 What this means is that many of the systems which application development relies upon have also become more flexible. Contentful and TypeScript are no exception!

Developing large-scale applications with flexible data structures brings challenges, however. To help with this I’ve created Modelberry Factory, which I recently submitted to the Contentful Developer Showcase.

In this post, I’ll explain more about these challenges, the existing solutions, and how Modelberry Factory helps.

The evolution of application development

In the earliest days of application development, the design phase played a vital role. Feasibility studies would be carried out to understand the market fit, and only then would the application be moved to the development phase – where the actual coding happens!

However, this has changed over time. The design phase is still important, but it has been made more modular. Today, a minimum viable product is first designed and developed: A small part of the greater goal. From that tiny part, new features are added as the need arises.

This makes the modern development processes flexible. Adapting to the ever-changing user requirements got a lot easier. A flexible process, however, comes with one or two strings attached. Flexible processes require flexible data structures – which isn't as straightforward as it might sound!

Contentful is a platform that provides flexible data structures in which content types are easily defined and updated. This flexibility requires solid content type maintenance because a simple change of a content type can have a large impact on connected systems. If you change a content type, you might have to make changes in your application to adapt to that change.

Just like Contentful, TypeScript provides flexible data structures where types are easily defined and updated. TypeScript is JavaScript with syntax for types. However, the same maintenance of types is required here. A simple change of a TypeScript type can have a large impact on connected modules and systems.

A note about models

Data structures within Contentful are called ‘content types’. Within TypeScript these structures are referred to as ‘types’.

This post refers to both structures as models. A different name, but exactly the same thing. 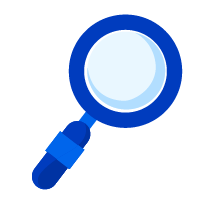 In search of the perfect model

Clearly defined models make it possible for various components of an application to communicate. For example, when a TypeScript module is required to communicate with Contentful, the module and Contentful share the same model.

When starting a project from scratch, defining a model is usually straightforward. The model is not used anywhere yet. Every model that fits the application requirements is a good start.

However, updating a model in a legacy context or in the context of a large-scale application is less straightforward. This is because models might already exist and these models are typically used across many modules and systems.

The perfect model is the model that survives the lifespan of an application without any changes. The more we know about an application when the initial models are defined, the better a model can be prepared for future changes. However, no matter how much is known initially, application development is a process that brings new insights along the way, which results in requiring models to change.

In practice, most applications do not start with a perfect model. The application starts with a simple model for the minimum viable product. This enables for a quick first release. Models for future releases evolve as the application evolves.

The challenges of defining models across modules and systems

Models are typically defined across modules and systems. This is true for Contentful and TypeScript because both define models.  But there are a few challenges:

Contentful models and TypeScript models must be in sync for the application to function properly. Keeping these models in sync is one of the challenges when working with flexible models on separate systems. If you update the Contentful model, but don’t update TypeScript, your application might break.

Even a small model change could make an application fail. Hence every model change for every release and for every environment like ‘dev’ and ‘prod’ must be documented. A dev team must be able to track every model change that happens over time. However, setting this up is a challenge when working with flexible models on separate systems.

Keeping TypeScript code base up to date 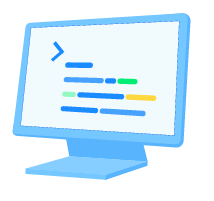 Of the three challenges we’ve discussed above, syncing the models is the main challenge. If syncing is simple, communication to the dev team is simple. The dev team can then focus on fixing the changes caused by the model update.

Hence, syncing the models in Contentful and TypeScript is the key strategy for working with flexible models on separate systems.

As mentioned previously, working with flexible models on separate systems requires model syncing to be simple. In this section, I’ll cover three approaches to achieve it.

This method keeps Contentful and TypeScript models manually in sync. The TypeScript code base for this method is configured with a testing framework like Jest and a unit test exists for all model definitions.

This method uses unit tests for model definitions because tests are a common source of truth. The steps involved in this approach are as follows:

The commits in the code repository inform the developers which model definition unit tests changed, which helps them know what changed in the Contentful model.

The main drawback is that comparing Contentful and TypeScript models is a manual process. For larger applications with multiple environments, this method is insufficiently secure.

Another drawback is that the TypeScript code does not contain the full set of Contentful field properties. The example below shows that only model fields and the required attribute are tested for.

The manual method depends on a set of unit tests that are kept in sync with Contentful. This test script tests for the correct model definition.

Testing for model definition is difficult because TypeScript types are not available at runtime. The test defines all required properties and then adds the optional properties individually.

This method keeps Contentful and TypeScript models in sync by running migrations from the TypeScript code base. A migration is a script that uses the Contentful migration library. This library allows for easily modifying content types, entries, fields, and tags.

The steps involved in this method are as follows:

This method requires no steps in Contentful. Model changes are applied by running a migration script from the TypeScript code base.

The scope of this post is models, but a migration script can be written for content as well.

Compared to the manual method, there is less need for comparing Contentful and TypeScript models. But when needed, this is a manual process. One still needs to write and manage the migration scripts.

The work of writing a migration script could be seen as a downside, but looking at the clarity the script provides, it is better defined as an advantage.

Contentful migrations are well documented. This migration script is taken from the official tutorials and adds a category field to the blogPost model.

The steps for updating a model using this method are as follows:

This method requires no steps in Contentful. Model changes are applied by running Modelberry Factory.

This method does not require writing separate migration scripts. Instead, the full model definitions are in a single TypeScript file.

The commits in the code repository show which model definitions changed. The TS Doc annotations show changes for all Contentful model fields and attributes. This includes changes to, for example, the field help text." This tells the dev team what changed at Contentful.

The simplicity of the TS Doc tags allows for a digital comparison of Contentful and TypeScript models. Modelberry Factory has a ‘diff’ command that works much like the Unix diff tool. This is useful as a manual command, but also as part of an automated end-to-end test.

This method depends on the specific @modelberry block tag with specific inline tags. For existing applications, this tag needs to be added in a comment to all TypeScript models.

This example is taken from the Modelberry Factory website. It shows how ContentfulSomeModel is defined with a title field. Both model and field have various attributes.

A full example repository that pushes and pulls models and content can be found on the Modelberry Factory website.

Application development has become more agile and by delivering an MVP first, we are able to adopt flexibility and ship faster. But this brings the challenge of maintaining data structures for large scale applications.

To avoid breaking the application based on a flexible data structure, we need:

When syncing is simple, therefore, communication to the dev team is simple. The dev team can then focus on updating the code base. 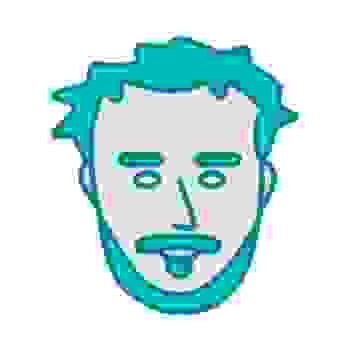