Legacy systems stand in the way of your future 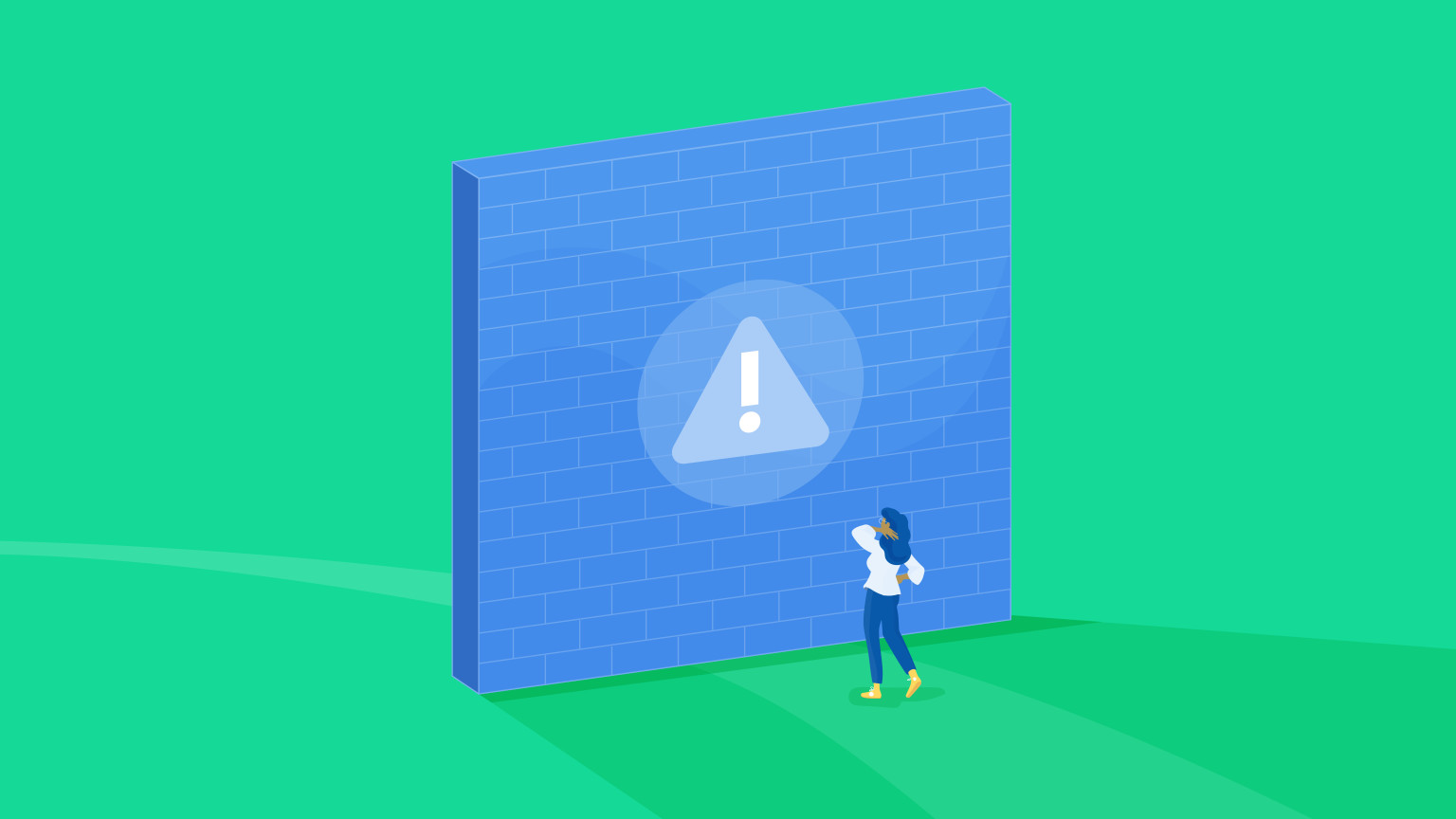 When it comes to succeeding in the digital-first era, legacy systems face many of the same challenges as their customers.

They evolved before cloud infrastructure and the proliferation of content channels.Their core systems and infrastructure were designed to deliver single-channel web content. Even as they add more features and cloud-based offerings, these systems are inherently rooted to their past.

To accelerate boldly into the digital-first era, brands need cloud-based, API-first platforms that are purpose-built for robust, multi-channel digital experiences.

Infrastructure is the foundation of scalability

When evaluating digital-experience platforms, it’s extremely tempting to get caught up on features, while not realizing that there has been a fundamental shift in how digital experiences are delivered. This shift can be compared to the architectural leaps behind some of the world's tallest buildings. The Jeddah Tower in Saudi Arabia will feature the world's highest observation deck, a five-star hotel, offices and apartments. Those are impressive features, but the most important aspect of the tower is its infrastructure. Advances in building techniques and materials will allow the tower to soar 3,280 feet (more than 165 stories) into the sky becoming the tallest building in the world.

To build ever-taller buildings, architects and engineers don’t get caught up in the features, they focus on building a better infrastructure — stronger steel, nanotech-enhanced concrete, and advances in core systems including plumbing, electrical and ventilation systems that can scale with their vision. The minds behind the most sophisticated digital experiences do the same by choosing platforms that empower them to bring together the best technologies to deliver their vision.

Many DXP solutions and alternatives claim to have the same features and capabilities, but it’s the underlying infrastructure that determines how well those capabilities scale. Legacy systems were impressive in their day, but they are built on outdated infrastructure. They can add new features, but they are inherently limited in comparison to next-generation technologies that use API-first, cloud-native infrastructure. These limitations are passed on to their customers.

To scale, companies must seek out a new generation of technology that can bridge the gap between the legacy systems they rely on now and the purpose-built systems they need to soar to new heights. All-in-one suites won’t disappear overnight, but satisfaction is waning as users realize that suites no longer deliver the hoped-for benefits. Our CMS user survey found that 45% of new CMS systems disappoint right out of the box and 70% of respondents believe they will need API-first platforms to support their growing software ecosystem.

Why are users disappointed by monolithic suites?

One suite cannot possibly serve all of your marketing needs. The average enterprise company uses 91 marketing cloud services, according to Mary Meeker's 2017 Internet Trends Report. No single solution can meet all of those needs, let alone be the best solution for each one.

Long implementations delay time to value. Since a suite won’t meet all of your needs, replatforming will include migrating content and integrating with, or working around, existing systems. This means it can take months of time-consuming work to set up the system before you can even start using it.

In contrast, developers can start building with Contentful from day one and integrate it with the tools they need as they go. It’s language agnostic so they can use the skills they have and access our free resources and developer community to learn new skills. Our App Framework, SDKs, open-source field editors and design system all help them get started sooner, build faster and reduce time to value.

Monolithic suites force content creators to rely on developers for everything. Most CMS and DXP implementations are so complicated that content creators have to hand off publishing to developers. No one is happy with this set up. Relying on developers causes bottlenecks and delays for content teams, while developers chafe under the burden of responding to a never-ending stream of requests. See how Intercom empowered their editors to reduce deployment time from 20 minutes to about 90 seconds.

Siloed systems make it harder to coordinate across teams and agencies. Because suites fail to meet all of your needs and lack strong integration capabilities, companies end up with a complicated mess of siloed systems. They rely on developers to navigate the challenges of conflicting code and deployments and are plagued with content inconsistencies between systems and channels. This makes it nearly impossible to deliver a seamless, connected customer experience.

Understanding the limitations of legacy infrastructure

Not only do monolithic suites disappoint out of the box, the underlying infrastructure becomes an ongoing source of friction that slows companies down.

Customization should focus on adding value, not making “fixes.” When we talk about customizing a legacy system, what we usually mean is that we want to override default core behaviors. This doesn’t add value and often those “fixes” don’t scale easily. In contrast, next-generation platforms, like Contentful, are built for customization that adds value. These flexible platforms make no assumptions about what you will build and instead provide you with an extensible solution that enables endless possibilities that are fully scalable.

Coupled systems limit your ability to reuse components to build bigger, better experiences. Most legacy DXPs couple the front and backend, meaning that generally you are building a single, large (usually compiled) web application which is the sum of your custom front-end code as well as a lot of underlying functionality from your CMS. “Coupling” can make it easier to build something, but limits the possibilities to reuse the pieces to build something even better. Think of coupled systems like the Mega Bloks kids use before they are old enough to use LEGOs. Mega Bloks are big pieces that whet their appetite for building, but they quickly outgrow them. LEGOs are where the magic happens because the possibilities are endless.

Outdated architectural frameworks slow you down. Often, legacy CMS systems have particular elements that are time-consuming to deploy, and do not scale particularly well. Usually these performance issues are built into immovable decades-old architectural choices and result in vendors adding even greater layers of software in an attempt to mitigate the issue. Developers have to worry about these underlying layers of software every time they make a change and content teams see the effect in interfaces that are slow to load.

Content modeling isn’t a one-time thing. Content models provide consistency while extending the value of each piece of content through reusable components. One unspoken aspect of content models is that they tend to change as you add capabilities and channels. Despite claiming to deal with larger amounts of content and channels, most legacy DXPs make these changes difficult. They typically limit you to one model per implementation that you can add to but not modify, resulting in duplicate fields and stacked fields that clutter up the backend. The ability to make foundational changes empowers Contentful customers to maintain a simple elegance that developers and content creators can appreciate.

The new infrastructure behind digital experiences

To survive in the digital-first era, brands need a builder-centric, API-first platform that empowers digital teams to collaborate and iterate faster. Look for cloud-native, API-first platforms that have the infrastructure to support speed, flexibility, extensibility, scalability and reliability. Focus on how quickly the platform can help you build the capabilities you need, rather than what features it comes with out of the box.

To learn more about how to choose a scalable, sustainable platform, download Sustaining the Drive to Digital. 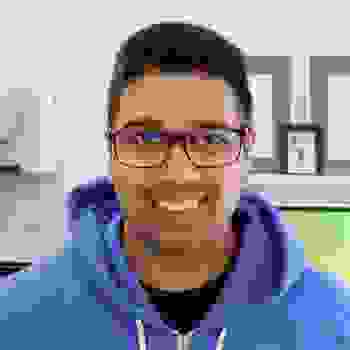