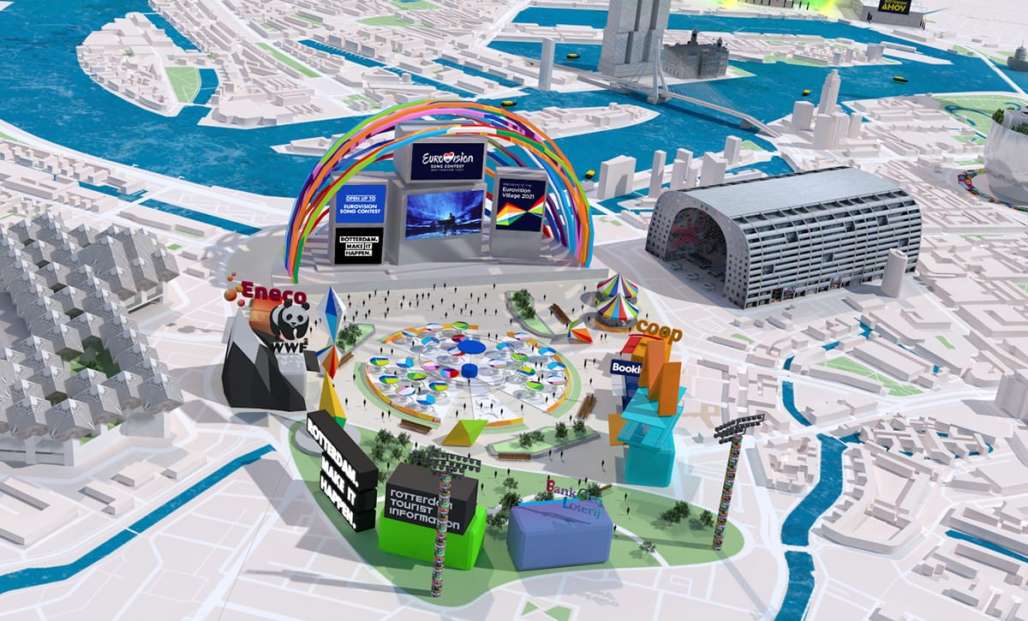 weeks from ideation to launch

We wanted to evoke the same feeling as a physical visit — a simple platform filled with live streams wouldn’t suffice. Our creative inspiration led us to design a 3D world, where visitors are invited to immerse themselves in the magic of the Eurovision Song Contest.

Since its beginning, the Eurovision Song Contest, the longest-running international music competition in the world, has attracted 52 countries to participate. With over 180 million viewers annually, the contest’s international fan base has flourished into a worldwide community.

The competition’s biggest fans often travel to the host country’s Eurovision Village — a space for fans to enjoy music and socialize. With mass gatherings restricted in 2021 due to the pandemic, Rotterdam Festivals, the Netherland-based venue hosting the 2021 contest, tasked Tribe Company and Dept with taking the event virtual. The result? A first-of-its-kind, groundbreaking digital experience powered by Contentful.

A plan to delight virtual viewers

Before Tribe Company and Dept could consider tech specs for the project, they had to determine what aspects of attending the ESC mattered most to fans. This boiled down to three things: spectacular stage performances, the energy of the village, and the host city’s unique attributes. The goal was to ensure virtual attendees didn’t miss a thing.

“We wanted to evoke the same feeling as a physical visit — a simple platform filled with live streams wouldn’t suffice. Our creative inspiration led us to design a 3D world, where visitors are invited to immerse themselves in the magic of the Eurovision Song Contest,” reported Max Pinas, executive creative director at Dept Agency.

With a clear outline of what mattered most, the technology titans began creating. Their first task — building the Rotterdam Ahoy arena, the primary focal point of the interactive 3D map and a meeting place to live-stream performances.

This virtual space demanded quick deployments and updates as fresh content — including event updates, fashion tips, contestant interviews and behind-the-scenes videos — would be served daily and adjusted frequently. Content creators needed flexibility and autonomy as there’d be no time to hard code changes.

From the beginning, Dept and Tribe Company knew the content platform selected for this project would play a central role in development — Contentful was their go-to. With Contentful, those running the event could interact with guests and make updates in real-time so no one would miss out on seeing their favorite performer. Contentful’s intuitive user interface and editorial capabilities meant a small learning curve at the onset and freedom to create, edit and update quickly going forward. The content platform fit the needs of the project and the team members working on it.

A vision (and village) powered by technology

In just three weeks, the project was live — an impressive timeframe considering the detail that went into creating the virtual Eurovision Village and the extending Rotterdam cityscape. The final product gave virtual attendees the opportunity to explore the area’s most significant landmarks including the Erasmus Bridge, the Euromast and Markthal.

What did this 3D space look like on the backend? The development team behind it relied on JavaScript API and WebGL to render and optimize the interactive graphics. Three.js worked with WebGL to form the 3D library and provide the right utilities and tools. Contentful served as the content hub, tying things together.

Speedy, reliable delivery for the masses

The virtual platform would be obsolete if unable to reach ESC’s global attendees. The pressure for reliable delivery was high given that the star-studded program was predicted to grab more attention than ever. This hype in combination with data from the last competition, which showed increasing viewership among young people, suggested traffic to the virtual event would be significant.

Performance, usability and accessibility were prioritized in the design and carried through into development. The platform was hosted in 12 different regions worldwide and supported by a cloud-based fallback infrastructure to support high traffic and optimal distribution. Contentful’s Content Delivery API, which boasts a reliable CDN, provided an extra cushion to keep the ESC’s 2021 soundtrack running skip-free.

This reliable technology enabled ESC to solidify its position as an inclusive event. Participants from all around the world were able to access the music and full-spectrum, virtual experience.

A new, future-forward standard for festivals

The virtual ESC’s lively village and iconic surroundings were open 24/7, free of charge for the festival’s nine-day stretch. While no one knows what the future of events will look like, ESC’s virtual success has made a case for virtual solutions to be offered going forward — if not for necessity, then for convenience and capacity. It’s proof that with the right efforts, even the most legendary in-person event can be translated for digital times.

Shiseido Professional delivers beauty worldwide, at twice the speed and half the cost 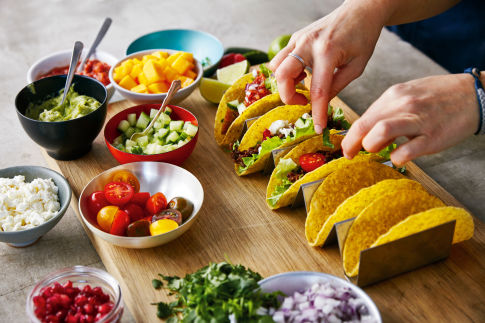 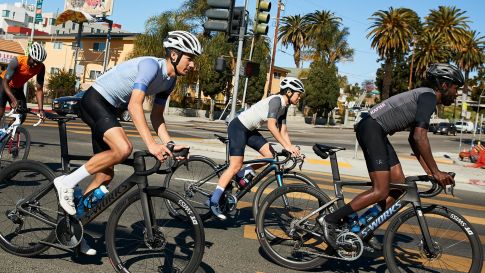