PubNub streamlines and relaunches its digital landscape with Contentful

We have marketing pages, resources, a blog, SCM landing pages, developer demos, things of that nature, all within the Contentful experience.

Everything you would think of in a traditional marketing team, we are using Contentful for in some way, shape or form.

We’ve seen the most growth in terms of conversions since we’ve brought Contentful on. We as a team have been able to design and implement better experiences because of Contentful, which I think has a correlating effect on how people experience PubNub.com

Wayne M. Willyard is the point person at PubNub for all aspects of the digital experience. As Head of Digital Experience, his focus is on bettering digital experiences from the visual interaction level to the platform level, always looking for the three ways — digital, visual and platform — to work in a seamless, intuitive way that really delights PubNub’s end user — its customer.

Willyard had worked with Contentful at a previous company, and so when it was time to pick a content solution for PubNub, he knew Contentful had what he wanted — an agile content management platform that could be integrated with other tools and used to publish across all channels. Many developers at PubNub were already onboard with Contentful, making the choice to move forward an easy one.

PubNub needed all its ducks in a row

By bringing Contentful’s content platform to the table, PubNub was able to streamline its digital online experience for customers and employees alike. “Pipeline is what we’re trying to improve,” said Willyard of his team’s objectives. The way to do that, he explains, is by having better converting sites and moving more top-of-the-funnel traffic to their web pages, while monitoring the number of sign-ups and context sales form submissions as an indicator of both the health and reach of their web pages.

PubNub’s team knew they needed a modern breed of technology with the benefits of a time-proven, innovative, headless CMS, and Contentful ticked all the boxes. After partnering with Contentful, PubNub cleared out its old tech systems, and the digital teams started fresh from a place where they could quickly iterate from not only a design standpoint, but from both technological and maintenance standpoints as well.

"We have marketing pages, resources, a blog, SCM landing pages, developer demos, things of that nature, all within the Contentful experience."

One specific issue that PubNub wanted to iron out early on was its blogs that had previously been hosted on WordPress. The plug-ins, permissions to external tools and maintenance of their accounts were all causing a lot of headaches within the developer team, both with the customer UI and PubNub’s internal UI that employees used to access the site.

Willyard advises organizations making the switch to Contentful not to leave their blog behind on WordPress or another blog hosting service. “I would tell people to move everything to Contentful, so that you can easily reuse content.”

Saving time and boosting their marketing reach with Contentful

Before partnering with Contentful, PubNub’s digital team needed at least a week to build and publish a webpage. But after streamlining their content platform, the same exact work is accomplished in less than three days. And because PubNub’s content creators can edit directly and release updates faster, they can tackle even more complicated features and development, while still producing the final website in less time than before.

Since bringing Contentful on board, PubNub has focused on managing the customer-facing web pages. Willyard’s team has moved the majority of their WordPress pages to Contentful, doing major clean-up along the way. They have created marketing pages as well as SCM landing pages for paid media. They have also integrated Contentful with Vimeo and other tools to host webinars and perform other traditional marketing functions.

"Everything you would think of in a traditional marketing team, we are using Contentful for in some way, shape or form."

PubNub’s launch of Contentful extended over a six-month period, and Willyard says the team is happy overall. Following the adoption phase, the PubNub team appreciates the design of the Contentful UI, the admin interface and the form entry method. The development team likes the flexibility around reusable content types, which is a bonus for the design team as well.

Dividing and conquering the workload for success

The PubNub team not only cut the launch time for their web page updates from an entire week to a few days, but now their content creators can update content, freeing up the essential resource of developer time. When developers can focus on what they were hired to do, a huge burden is lifted from the entire team. The backlog of lower-priority work is gone, because the process to delegate the workflow has been streamlined, with everyone at every level now able to contribute to content updates.

“There is a dollar amount that’s associated with having just more people being able to do production work,” said Willyard. “We’re now doing more things that are of high value on the development team, than low value. And we have essentially cut our maintenance bucket of work down to 90% of what it once was.”

When work comes into PubNub’s digital marketing team, there are now two paths for it to take — what needs to be built from the ground up goes to the developers, but all edits are now handled by the editing team directly. This division of responsibilities has had a huge impact on both the team’s workflow as well as its morale. “The team is now fully empowered,” said Willyard. “We’re empowering the team to do work at their own speed. I think the team resonates with that language and likes having this freedom. And the development team likes to feel that they’re valued and freed up to do the most important work.”

PubNub's new digital experience has big benefits for its customers

"We’ve seen the most growth in terms of conversions since we’ve brought Contentful on. We as a team have been able to design and implement better experiences because of Contentful, which I think has a correlating effect on how people experience PubNub.com"

Several elements from Contentful’s content management platform have shaped PubNub’s digital landscape. The team is able to do widespread design changes because of the way the content types are set up, and they have separated the backend from the front end. “We’re just able to move a lot faster, and we’re able to react to data a lot quicker,” said Willyard. "And I think in the end, that’s really the whole purpose of having a content platform — to be able to make adjustments to the web experience in as close to real-time as possible." 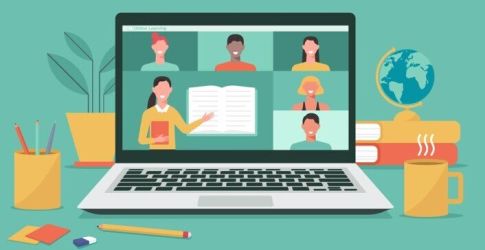 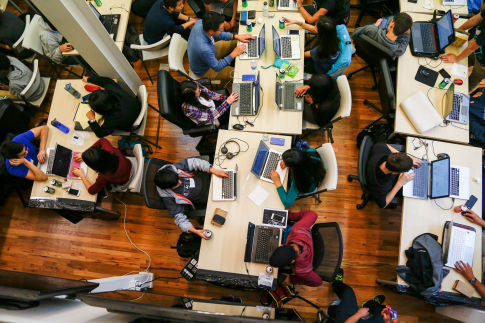