Space environments are entities within a space that allow you to create and maintain multiple versions of the space-specific data, and make changes to them in isolation. 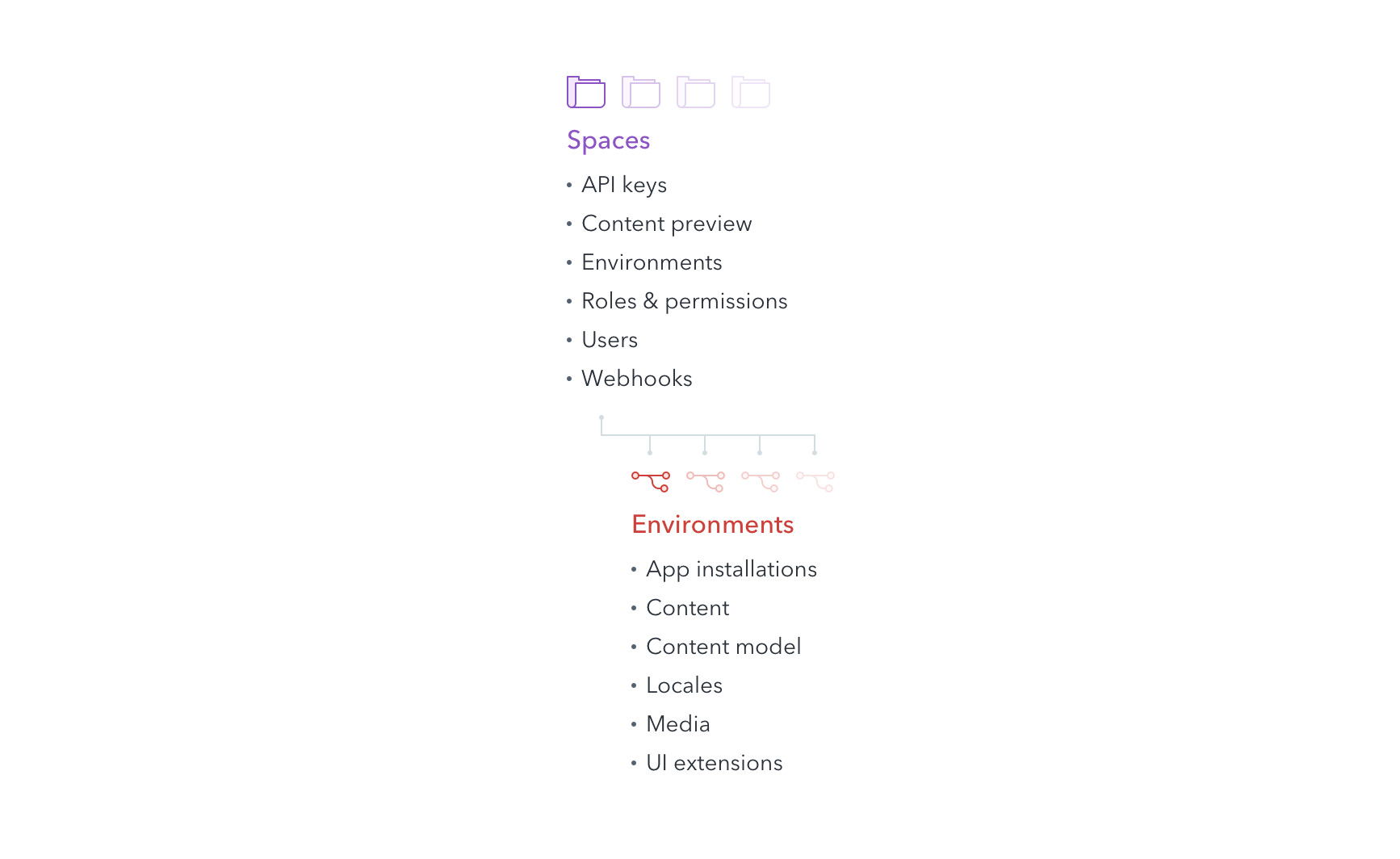 Please note that for security reasons, any request to an environment using an API key that is not enabled for that environment will return a 404 HTTP status.

Master environment is used as a production environment to deliver content to the end users. Sandbox environments are used for non-production development and testing.

When working with master environment and sandbox environments, consider their technical limitations as follows:

To learn how to configure a role's access to environments in the web app, please refer to Environments permissions.

Space environments in the web app

Depending on the role of a user, environments can be managed and the data they contain can be viewed and altered in the web app.

Once your project is up and running, you’ll likely still iterate on it, extend it, and ship improvements. If this is the case, using space environments can supplement your local development. You can create a new environment based on the current state of master and hook up an instance of your application that’s running locally. Then you’ll be ready to make changes to your data and settings.

Editors should edit content in the master environment, while developers can develop new features in a sandbox environment.

Developers can write scripts in the Contentful Migration DSL so that migrations are reproducible. After testing the execution of those scripts in sandbox environments using the Contentful CLI, you can execute those already-tested migration scripts on master to apply the same changes. Learn how to write migrations scripts by reading this tutorial.

With space environments, it is possible to set up environments and keep them running alongside the master. An example of this can be for staging and QA. If you create staging or QA environments, these aren’t intended to be used for development—but rather as checkpoints. These can be used before applying changes to the master environment or deploying to your production environment.

Similar to our local development example, developers can work on a development environment that’s created directly from master. Once they’ve finished, the changes are applied to the QA environment. This allows QA engineers to perform manual and automated tests on those changes. If the tests pass successfully, the changes are then applied to staging, allowing for final testing in an environment that mimics production.

In an environment that relies heavily on automated testing, environments can be created programmatically and just for the duration of a test. Once it has successfully passed, the environment is deleted.

Read our documentation on continous integration and deployment pipelines to better understand these workflows.

Since space environments is a feature built mainly for developers, we recommend not to use it to cover editorial workflows. As described above, changes made in the web app cannot be applied back to master, therefore elaborate workaround would have to be implemented to mimic an experience editors are used to.